The Ministry of Energy (ME) published a draft energy strategy entitled Strategic vision for sustainable development of the electricity sector of the Republic of Bulgaria with a horizon till 2053. In it, the ME based its scenarios for the country’s energy development on two simulation models “Pathway Explorer” of CLIMACT and Compass Lexecon’s European wholesale electricity market model.

The strategy analyzes the power capacities planned to be decommissioned and the construction of new ones in the countries of the Balkan Peninsula. Based on it, the conclusion is reached that the plans and projections of the neighboring countries show that Bulgaria can hardly rely on them for electricity supply at peak demand moments. Moreover, there are indications that the Balkan countries will need both electricity and storage systems to store excess generation from renewables.

When preparing the strategy, the European and national emission reductions targets are taken into account:

The greatest ambition for the decarbonization of the Bulgarian energy sector by 2026 is defined in Reform 10 of the RRP, which, according to the ME, is unrealistic, given the current state and the trends in the development of the price levels on the energy markets. At the same time, the proposed target is a commitment only under the RRP. The strategic document that should detail the implementation of the decarbonization goal is the updated NECP, a draft of which should be presented in June 2023.

According to ETC models, Bulgaria can decarbonize the energy sector through continued development of renewable capacities combined with new flexible low-carbon capacities. In all scenarios, in line with the increased European ambition by 2030 and 2050 for the decarbonisation of the European and Bulgarian energy system, CO2 emissions are expected to fall by at least 75% (compared to 1990) by 2030 before reaching zero by 2050.

However, the conclusions of the Ministry of Energy (ME) based on the models presented by the ETC are that the implementation of Reform 10 of the RRP by the end of 2025 will lead to disruption of the security of supply electricity in the country and will threaten the national security. It will be impossible to export electricity, as it will be necessary to import electricity from neighboring countries in order to ensure the security of the Electricity System of Bulgaria, this would lead to an increase in electricity prices in the country. The ME claims that the implementation of the commitments for the Reform on RRP will lead to such an energy mix, in which there will be a shortage of electricity in the peak months of consumption, which will increase Bulgaria’s energy dependence, as well as create prerequisites for an increase in the final price of electricity for households and businesses, there will be a need for additional investment in generation capacities. According to the Ministry, since these results do not meet the strategic goals of reliable, secure and affordable energy and national security, a new model has been developed – the Ministry of Energy’s model.

Energy model of the Ministry of Energy

The model prepared by the Ministry of Energy explores several options for achieving full decarbonization. The model envisages a strong deployment of low-carbon and RES technologies, hydro and nuclear power by 2050 to maintain security of supply while phasing out lignite over the period 2030-2038. Key assumptions in the national power capacity development model include: 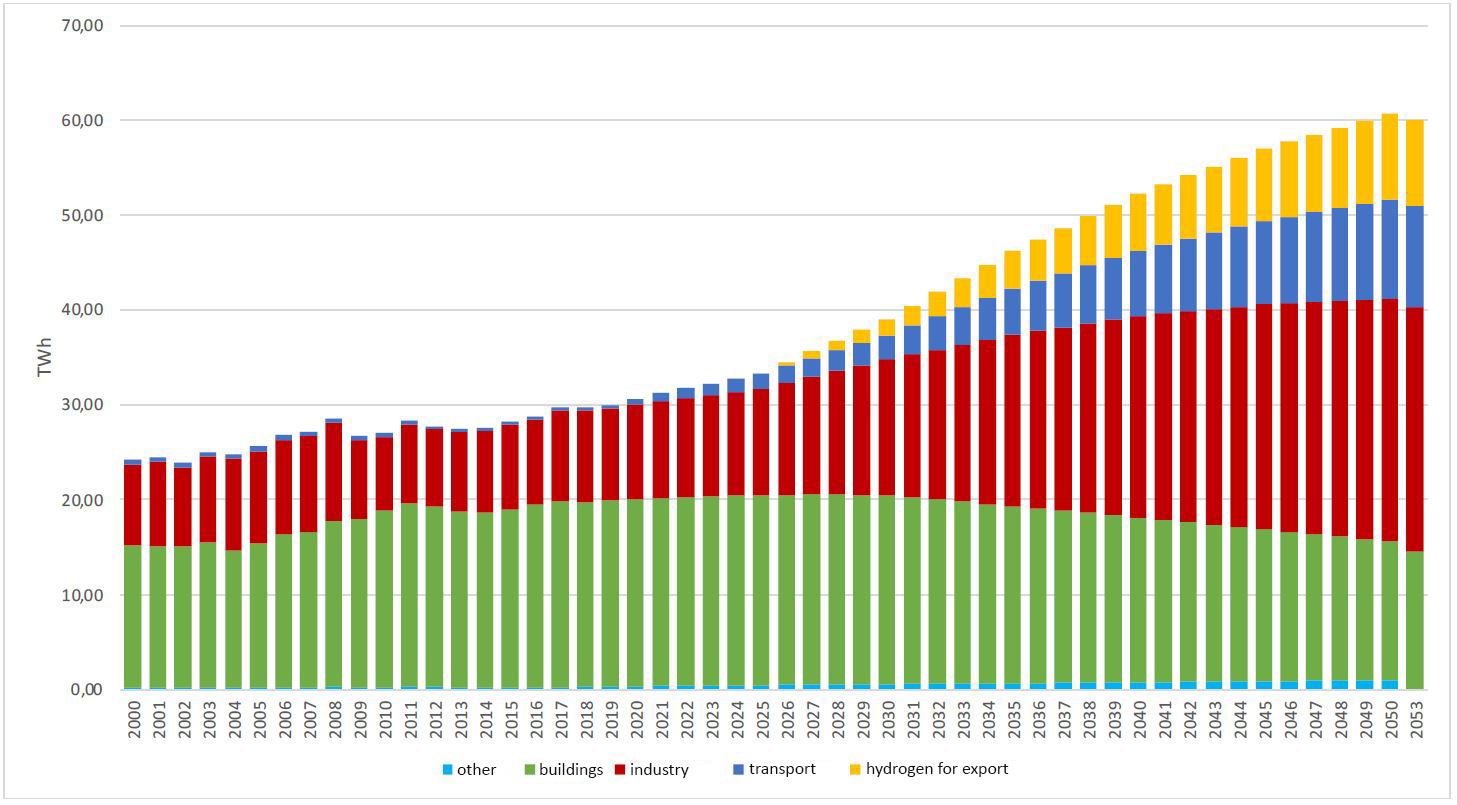 According to the scenario of the Ministry of Energy, the final demand for electricity in Bulgaria is expected to reach 61 TWh by 2050, and the increase in demand will be provoked by the electrification of transport and the production of green hydrogen through electrolysis. An increase in energy efficiency is also accounted for in ME projections.

The necessary investments of ME model for the main low-carbon capacities are shown in the figure below. 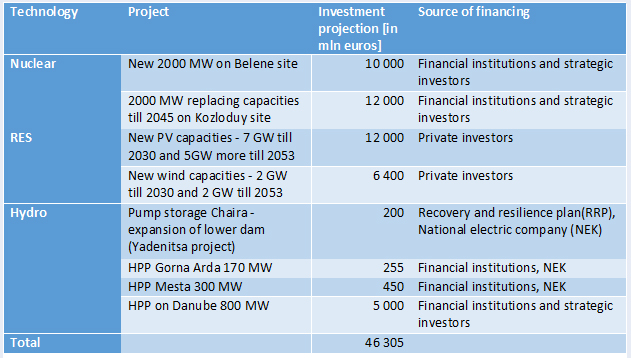 Table 1. New capacities and necessary investments for their construction.

Regarding the dynamics of the installed capacities, ME considers: 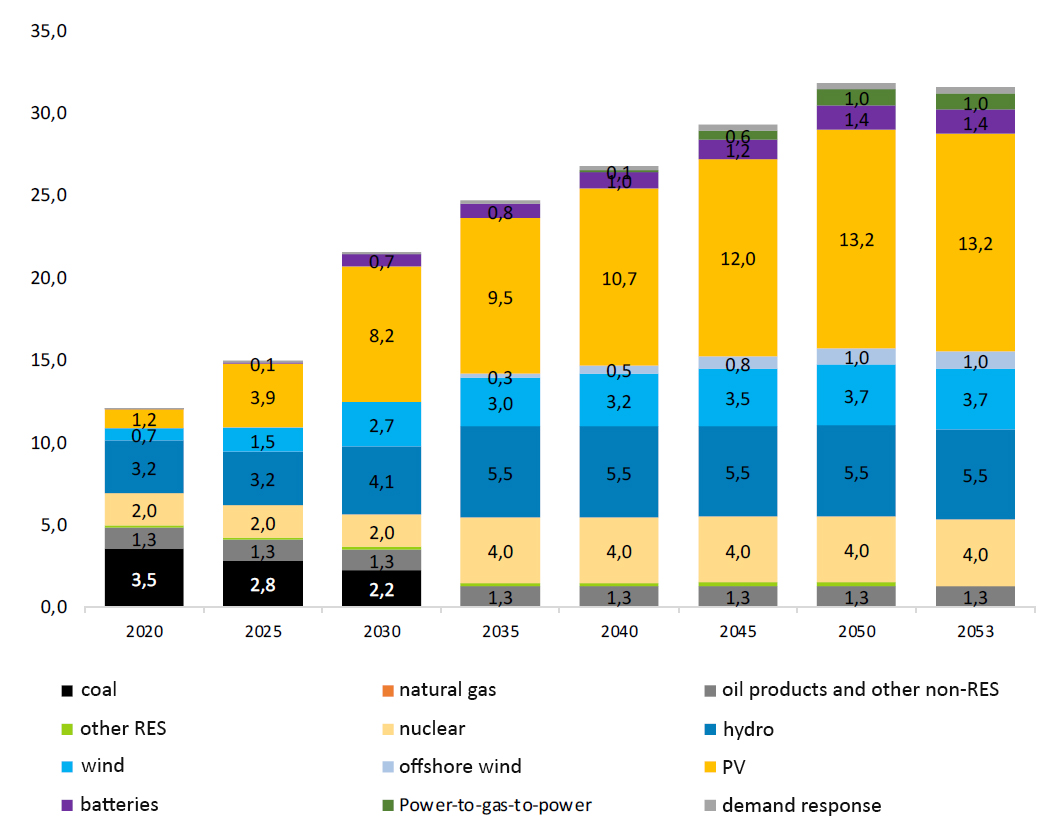 In the scenario of ME, Bulgaria is expected to be heavily reliant on lignite production until 2025/30, before it is phased out by the mid-2030s. According to the ME, the scenario shows an energy mix in which Bulgaria achieves the decarbonization goals: -55% CO2 in 2030 compared to 1990 and emission-free energy generation in 2050.

The strategic vision for sustainable development of the electricity sector is published on the website of the Ministry of Energy: https://www.me.government.bg/news/ministerstvoto-na-energetikata-publikuva-strategicheska-viziya-za-ustoichivo-razvitie-na-elektroenergiiniya-sektor-3138.html?p=eyJ0eXBlIjoidGhlbWVuZXdzIn0

Production and consumption in 2022

Gas agreement between Turkey and Bulgaria

Overhauls of power plants in 2023