European gas prices surged to more than two-year highs in early Tuesday trading, underpinned by anticipation of colder weather and concerns of dwindling LNG supply due to soaring Asian prices. The day-ahead Dutch TTF contract was seen up EUR 2.50 at around its highest level since November 2018, of EUR 24.75/MWh. The front-month TTF price rose EUR 2.39 to EUR 24.98/MWh – a level not seen since December 2018.

At the same time, a shortfall in prompt LNG supply continued to spur prices. Vessel arrivals to European import hubs were forecast to decline 26% this week, from expected arrivals last week, to just 1.4bcm. 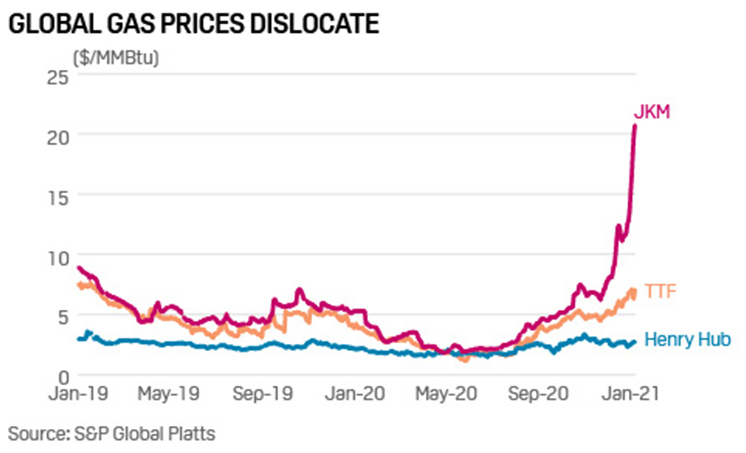 In Bulgaria the Bulgarian public gas supplier Bulgargaz said that it has proposed to the energy regulator to approve a wholesale gas price of 28.92 BGN (14.79 EUR) per MWh, to be valid in February. The price applicable in January is 26.93 BGN per MWh.

The proposal takes into consideration the 16% increase in gas prices on the European markets in the December 31, 2020 – January 8, 2021 period, the company said in a statement on Monday.

15-minute settlement period is scheduled to start on October 1st

Proposed amendments in the market and power exchange rules

Ivan Ivanov is the now the acting chairman of EWRC

The largest energy companies in 2021