The article is published in Utilities magazine, issue February 2021.

Electricity prices continue their upward trend, both in Bulgaria and in Europe. Starting in March 2021, the increase in wholesale electricity prices reached record levels in the last three months. In Bulgaria the average price for June was 151 BGN/MWh, for July 186 BGN/MWh, and for August was 218 BGN/MWh.

The reasons are many, but the major ones are a drastic increase in the price of emission allowances, record high gas prices, colder months of March and April and summer months with higher temperatures than average, an unexpectedly rapid recovery in demand after the pandemic, reduced production from wind and photovoltaic power plants, repairs of generation units, etc.

Emission prices began to rise significantly in December and broke the 30 €/tCO2 barrier, following the European Commission’s approved proposal for a new EU target to reduce greenhouse gas emissions by 55% till 2030. The 40 € barrier/tCO2 was reached at the end of February-March, due to the unusually low temperatures on the continent and growing activity of financial players in the emissions market. Several new price records were set in the following weeks, as the cold and calm weather preceded the launch of coal and gas power plants, increasing CO2 emissions and the demand for allowances. The price of the emissions continued to grow after temperatures rose and allowances reached 56 to 58 €/tCO2. This also shows a change in market attitudes and expectations for even greater growth in the future. This is most likely a consequence of planned reforms in the emissions trading scheme, which are expected to lead to a tighter balance between supply and demand.

Futures markets, which are used to provide long-term trends, show that electricity will remain expensive for a long stretch of time. If we take the price of gas as an indicator, experts believe that the current situation will continue at least until the first quarter of 2022.

International gas markets set very high prices. The reason for this is that many countries also in Asia and North America, have emptied their gas storage facilities. To prepare for the coming winter, they need to replenish their reserves, which together with increased demand, especially in Asia and Europe, led to an increase of 16 euros per megawatt-hour (MWh) last winter to a price above 45 euros/MWh now. The situation is further complicated by the fact that Russia supplies lesser quantities to Europe, and Asia takes the main cargos with liquefied natural gas (LNG), which hinders the filling of storage facilities in Europe. 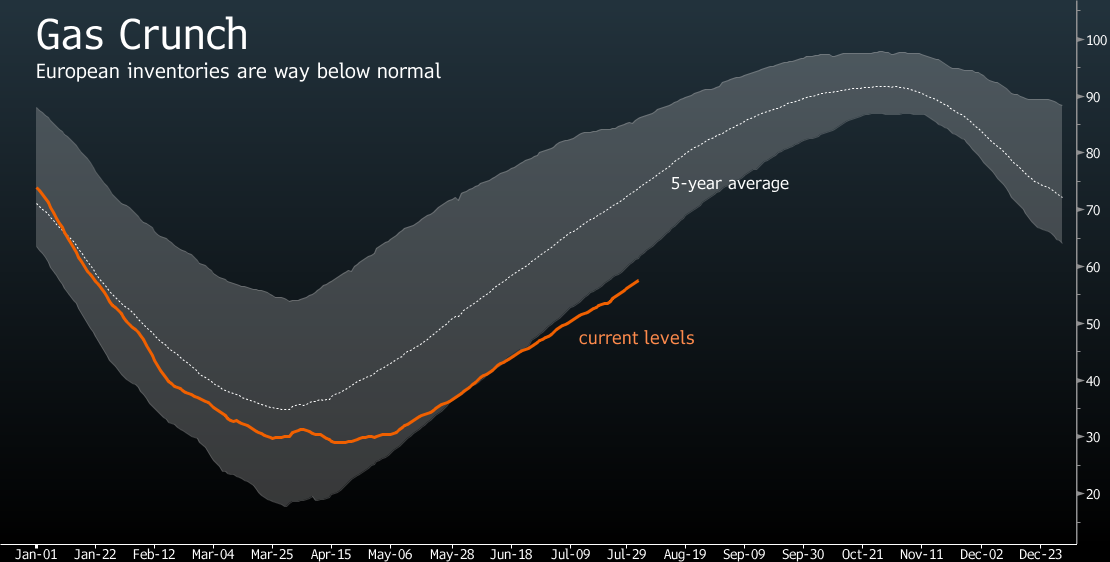 Energy prices are rising around the world as the global economy emerges from the pandemic, fueling fears of inflation. Inflation is beginning to be felt in Europe as economies recover and commodity prices rise. Consumer spending in the euro area rose 2.2% in July, the highest rate since October 2018.

The governments are very concerned about what is happening in the energy markets. Spain is under enormous pressure. Without sufficient cross-border connectivity with France, electricity prices have jumped more than 100 euros per megawatt-hour in August, more than double than the same period in 2019. As a result, the country has been forced to cut energy taxes and discuss capital redirection measures from state-owned energy companies to network upgrades. The UK is expected to allow utility companies to increase their bills for the second time this year, affecting 15 million people. 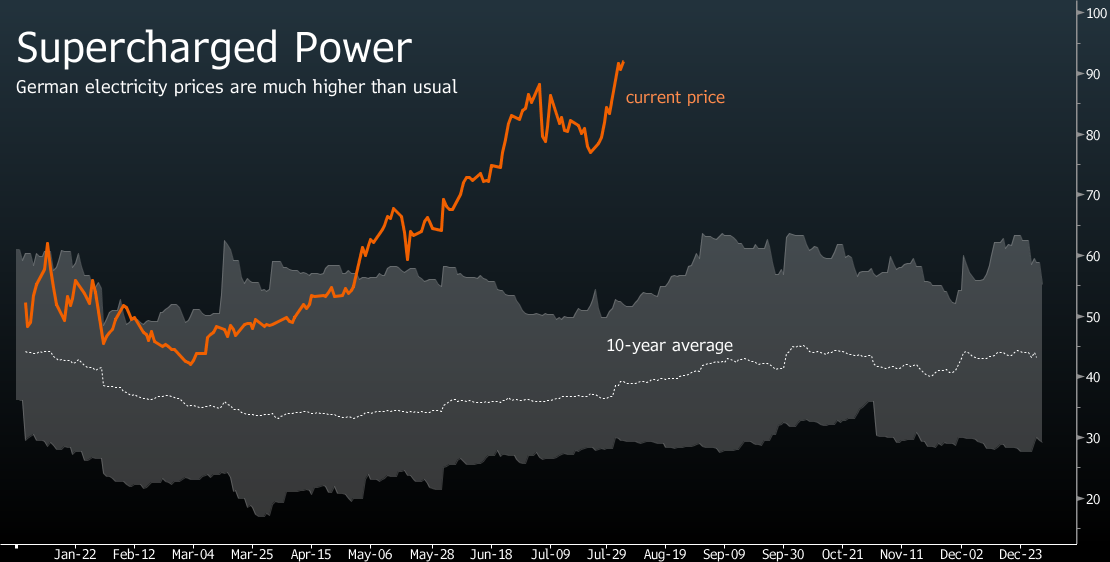 The Balkans face similar problems amid what is happening in Western Europe. The effect of higher prices is even more significant in our region mainly due to the extreme summer temperatures, the increased consumption in Greece, the repair programs of some of the coal power plants and the decreasing water reserves. The leader with the highest average annual price is Greece – 74.7 €/MWh, followed by Slovenia 71.0 €/MWh, Romania – 70.7 €/MWh, Croatia – 70.5 €/MWh, Serbia – 70.5 €/MWh and Bulgaria – 70.0 €/MWh. 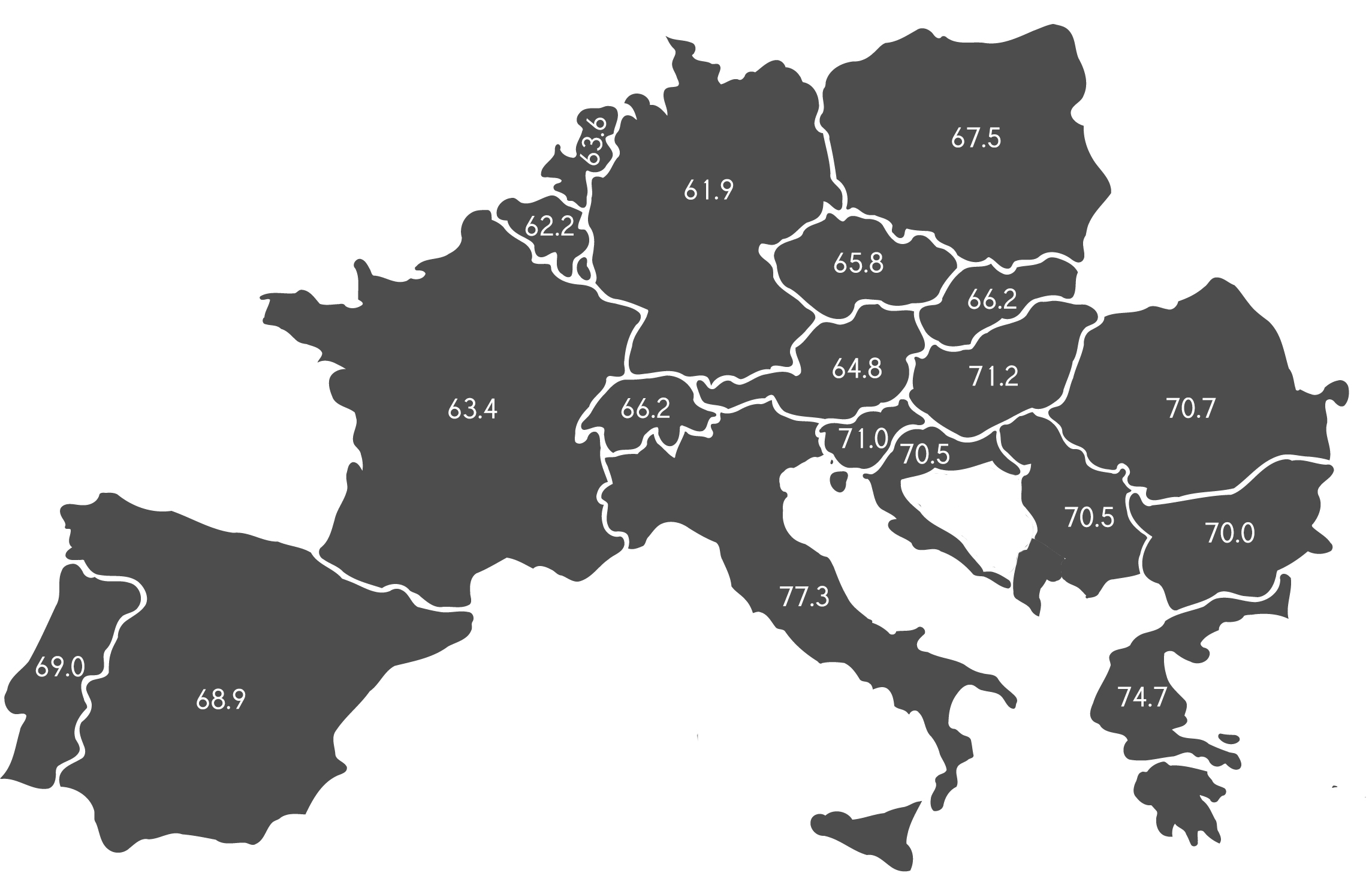 Effective management of the purchasing portfolio is extremely important for traders and large consumers to mitigate the effects of situations such as the current one, with a period of drastically increasing prices. Mainly, taking advantage of the opportunity to buy products on a forward basis when prices were at lower levels and reducing dependence on the day-ahead markets (spot market). Unfortunately, in Bulgaria this type of hedging is extremely limited in recent years and the exposure to the spot market is high (over 80% – 90%). That is why price movements there create risks for the operations in many companies, including electricity traders. The adopted model of mandatory trading on the power exchange, especially through the spot market increases the price uncertainty. On the spot market, the achieved equilibrium price is the highest for the demanded volume. In the current situation, there are simply not enough low-priced sources of electricity to meet the demand, therefore the expensive producers in the region, those of coal and natural gas, dictate the prices.

Governments are trying to weather soaring electricity and gas prices

Natural gas traders must obtain a license till October 1, 2021